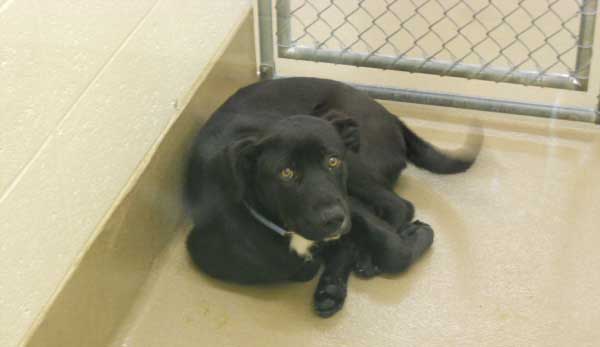 “23178” is a black lab mix who is described by the Gwinnett County Animal Shelter as a large, friendly baby. He is one of nine black labs or lab mixes in the Gwinnett shelter, all of whom suffer from “black dog syndrome,” which is the higher rate of euthanization of black dogs versus lighter colors at shelters. Black dogs simply aren’t as statistically likely to be adopted as other colors.

In 2011 the Gwinnett Shelter handled 6007 dogs and was forced to euthanize 1858 of them. At this rate, things don’t look so good for these black labs. Adopting a dog from Gwinnett’s shelter costs $30 plus a $60 vet fee, payable in cash. The shelter waives the adoption fee and half the vet fee for senior citizens adopting.

The US Army Corps of Engineers released its final report on the Savannah Harbor Expansion Project, calling for dredging the Savannah River channel to the port to a depth of 47 feet at mean low tide, which becomes 54 feet of depth at mean high tide.

According to the Journal of Commerce, the next steps in the project are

The project still has to get approval from the Commerce and Interior Departments and the EPA as well as the Army Corps. Officials at the Georgia Ports Authority expects SHEP to get the final record of approval by late summer and work will begin later this year on mitigating the environmental impact of the project before dredging starts.

Once those federal departments have signed off on the project, and the agencies sign a Record of Decision, preparation work is likely to begin in 2013, dredging contracts to be awarded later that year, and project completion in the fourth quarter of 2016.

The decision by the Corps of Engineers to deepen to 47 feet rather than 48 feet was based on economic considerations.

“The corps chose the optimal net benefits to the project, and that happens to be at 47 feet,” said Curtis Foltz, GPA executive director. “The benefits are still extremely strong at 48 feet, but there are diminishing returns after you cross the 47-foot barrier.” He said the Army Corps’ studies showed that the 5 additional feet of channel depth that SHEP would create would accommodate commerce and trade most efficiently. “So we are very comfortable with it.”

“The study released today clearly shows that the deepening of the Savannah port will produce powerful economic benefits to the nation and to Georgia. Today marks an important milestone for the Army Corps of Engineers, the State of Georgia and the great number of Americans who will benefit from the project.”

Bronco Bostick, Mayor of Hardeeville, SC, may be the only sane politician in our neighboring state, bless their hearts.

“The Port of Savannah supports hundreds of jobs in the Lowcountry of South Carolina,” Bostick said. “Without the port and its continued growth, our unemployment rate would be much higher. We need the Savannah Harbor Expansion Project to be completed to ensure the long-term success of the port and improved economic development in our region.”

The Savannah Morning News has continuing and comprehensive coverage of the harbor expansion project.

As long as we’re talking about Savannah, we note that the Tall Ship Challenge will be May 3d through 7th. I’ve never been and will try to take my wife to this year’s challenge for our anniversary. Email any suggestions you have for where to stay and what to do that weekend.

Atlanta lawyers Randy Evans, whose firm counts Gov. Deal and former US Speaker Gingrich among his clients, is running for Republican National Committeeman.

Ginger Howard will seek the position of Republican National Committeewoman, running against Linda Herren, who has held that seat since 2004.

Ron Paul supporters in Athens allege that GAGOP Secretary John Padgett did what the rest of us wanted to do at county conventions, and attempted to strangle someone aiding and abetting Ron Paul supporters, Bill Griffin. According to Paulites, “Mr. Griffin has been a key supporter in liberty, advocating a transparent convention and for the county leadership to take steps to rectify the wrong perpetrated at the convention.” I don’t suppose any of the Paulites were belligerent in advocating for the rectification of such perceived wrongs.

Democrat Steve Oppenheimer has raised $94,000 in his bid to unseat Republican Public Service Commissioner Chuck Eaton. Well, actually, he raised about $88,000 and put the rest in himself so that he could brag about raising more than Eaton’s fourth quarter total.

Finally, for comic relief, Lance Robertson, former Deputy Chief of Staff to Democratic DeKalb County CEO Vernon Jones, is running for Public Service Commission against Eaton. Are you ready for the punchline? He’s running as a Republican, despite having been an Obama delegate to the Democratic National Convention in 2008.

Augusta State student David Hopper will run as a Republican against State Rep. Earnest Smith (D) in the 122d District.

On Sunday, Georgia’s newest city, Peachtree Corners, will swear in its first Mayor and City Council.

A writer at liberal Blog for Democracy finds irony in the fact that Doug McKillip’s (R-trying too hard) Republican opponent Regina Quick is a woman.

The state board overseeing campaign disclosures decided Wednesday to let 7,400 politicians off with a minimum fine for filing late reports for a total of $3.6 million.

Many commissioners in small towns relied on government secretaries to keep up with the reporting deadlines and even prepare the reports. Once the law changed in January, 2011, ethics commission staff advised the clerks to let the officials look after themselves.

Since small-town politicians don’t have campaign staff or — even opponents in some cases, many thought there was nothing to report. However, the law requires an initial and a final report each election cycle.

Blogging While Blue opines that Super PACs may kill state political parties. Georgia Democrats are proving they don’t need the help in killing off their own party, as recent disclosures indicate the GDP is broke. In possibly-related news, zombie series “The Walking Dead” will film its third season in Senoia.

ALEC in the news

Conservative American Legislative Exchange Council (ALEC) ranks Georgia 10th among the states for growth potential due to its tax structure.

Georgia shows great potential, according to the report, because it has the lowest tax burden based on personal income, no estate tax, a minimum wage as low as the federal floor and makes union membership optional. It doesn’t rank better because it has no limits on state spending, has a high sales tax and workers’ compensation premiums and its courts favor consumers over businesses.

It should start improving by ending its income tax, the authors said during a teleconference with reporters.

Investigators from the Clayton County District Attorney’s office executed search warrants at the county finance office as part of a special grand jury investigation into corruption.

First Lady Sandra Deal toured Carrollton city schools with Dr. Brenda Fitzgerald, director of the Division of Public Health for the Georgia Department of Community Health, as part of the launch of a new statewide initiative to promote nutrition and wellness.

Events in Marietta and Kennesaw today will commemorate the 150th anniversary of the Great Locomotive Chase during the Civil War. 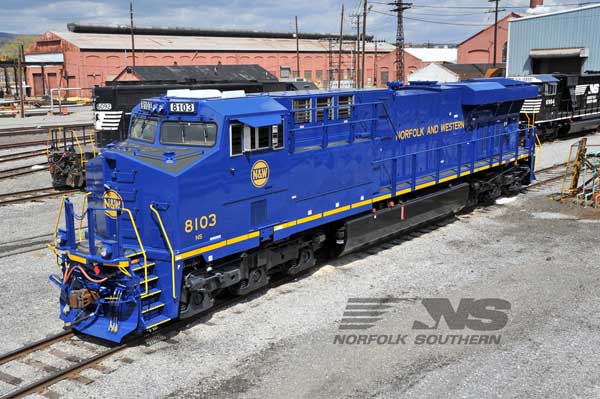 Atlanta Mayor Kasim Reed is disappointed by the legislature’s failure to give MARTA greater flexibility in spending sales tax revenues from Fulton and DeKalb counties.

“I think that the decision not to pass the three-year extension for MARTA was a very poor decision, and I think a lot of people are going to suffer in a variety of ways,” Reed said in a brief interview. “We have got to work through it. MARTA has a short-term funding problem. It’s important that we continue to talk and not play the game of blame.”

Following reports that a Chinese teen sold his kidney to someone brokering a transplant deal in order to purchase an iPhone and iPad, I am announcing that I will donate one broken iPhone 3G and a signed baseball card of the San Diego Chicken to anyone who donates a kidney to Daniel Fullerton, a friend in need of a transplant. Alternatively, you could hit that link to donate online to help cover Daniel’s expenses related to the transplant and to learn more about Daniel’s story.