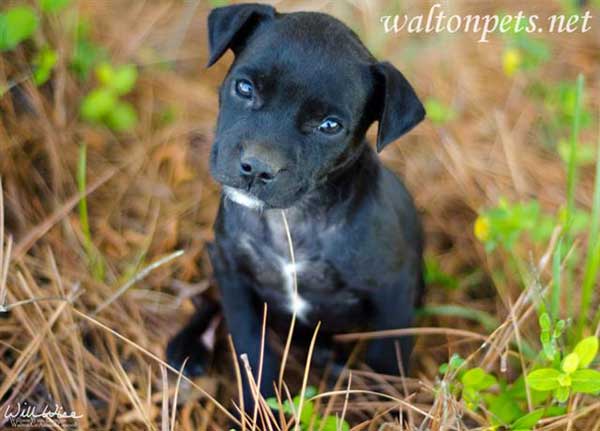 Ferrari is the last of five puppies who were found together on a country road in Walton County, and are available today from Walton County Animal Control Services. They run 6-10 pounds each and have received their vaccinations and been dewormed and flea treated. $40 each is to cost to save their lives. Four females and one male. If you cannot adopt, consider contacting Walton Animal Control and making a pledge toward their rescue. Walton County routinely posts monetary pledges made by private individuals toward any rescue adopting a certain dog or cat. Adopting some puppies would be a great part of celebrating the Passover/Easter weekend.

Today’s news is late because I am traveling in the Boondocks without wireless access on my laptop. I blame Clear Wireless, whose poor customer service resulted in me leaving town unable to get a replacement modem.

Here is the current list of bills that Gov. Nathan Deal has signed; it is updated at 10 AM everyday that new information is available.

Speaker David Ralston (R-Blue Ridge) has been criticized by the plaintiff in a lawsuit against a man Ralston is defending in court against vehicular homicide charges. The plaintiff alleges that Ralston is using his elected position to delay trial of the criminal charges resulting from a fatal car wreck involving the defendant and the plaintiff’s late husband and daughter.

Legislators may request court date changes due to conflicts between their legislative service and their representation of clients in their private practice. Ralston responded that blaming him alone for delays in the case is not accurate,  noting that another lawyer represented the defendant for the first years of the case, and saying that he was ready to try the case last year but prosecutors declined to go to court at the time.

A follow-up by Channel 2 looked at some of the specific dates and reasons given in Ralston’s requests for legislative leave in another case.

June 7, 2011
Civic Luncheon in Ocilla
Speaking on behalf of the Chairman of the House Transportation Committee.

June 7-9, 2011
Georgia Chamber of Commerce Government Affairs Council
St. Simons Island, Ga
Speaking to the conference on two occasions, as well as meeting with House Committee Chairmen regarding budgetary matters as well as the upcoming Special Session of the General Assembly for redistricting.

June 9-10, 2011
Georgia Automobile Dealers Association
Amelia Island, Florida
Speaking on two occasions and be a part of a panel discussion on legislative issues, including proposal for tax reform in Georgia.

June 14-16, 2011
Georgia Healthcare Association
Amelia Island, FL
Speaking to the group, and also participate in meetings with committees from the group on tax reform, medicaid, and budget related issues.

BrookhavenYES, the advocacy group working for successful passage of the expected City of Brookhaven incorporation election, will hold a Family Barbecue at Blackburn Park, located at 3493 Ashford Dunwoody Road on Sunday, April 15th from 11 AM to 3 PM. The event is free, and I understand that the family to be barbecued for the greater good will be chosen by lottery.

Jerome Edmondson announced his candidacy for DeKalb County CEO, running as a Democrat against incumbent Burrell Ellis. Edmondson notes that the incumbent is “self-serving, ineffective, vindictive, and divisive.” We note that Ellis has indeed been effective, if your criterion is raising property taxes more than 25% in one year.

Lester Miller will run for Bibb County Board of Education District 4, seeking the seat currently held by Susan Middleton, who is term-limited.

Rep. Stephanie Stuckey Benfield (D-Bye-bye), Rep. Mary Margaret Oliver (D-Decatur) and Senator Jason Carter (D-Decatur) are hosting a meet-and-greet for Congressman John Lewis (D-Atlanta) on Thursday, April 12th from 5:30 to 7:30 PM at 812 Springdale Road, Atlanta 30306 in the Druid Hills neighborhood. Suggested contribution is $25 and to R.s.v.p., you may call Carolyn Moden at 404-316-0465 or email to carolyn@johnlewisforcongress.org.

The Floyd County Commission is operating with three commissioners, instead of the full slate of five, as two members are seeking seats in the legislature and resigned in time to allow their seats to be filled in the July 31 primary election and avoiding the cost of a special election. Kudos to former commissioners Eddie Lumsden and Chad Whitefield for putting their taxpayers first.

Dendy said the ad uses “a little bit of a scare tactic” regarding what would happen if the referendum to raise the sales tax by 1 percent fails, “along with all these grandiose things that will happen if you do pass it.”

“For the general population who does not look deeply into things, it’s going to affect their vote,” Dendy said. “That’s politics, although it doesn’t mean it’s right.”

“The ‘education’ that they’re doing is all one-sided,” Tippins said. “They’re not talking about any of the downside that I mentioned, which is the long-term financial commitments. I think if you have education on any issue, you give people the pros and the cons and let people make their own (decision).”

For example, Cobb’s project list in the Transportation Investment Act does not contain sufficient funding to cover the operating expenses of a possible light rail line from Cumberland Mall to Midtown, Tippins said.

Dooley, co-founder of the Atlanta Tea Party, is calling for an investigation into the matter by either Cobb District Attorney Pat Head or Attorney General Sam Olens, saying the CIDs are engaged in unlawful behavior in violation of the Constitution.

“It’s just money laundering,” Dooley said. “It’s money laundering to give to an entity to use taxpayer money to ask taxpayers to raise taxes on themselves so these CIDs can have more money, and I think there needs to be an investigation into that.”

Cobb Board of Commissioners Chairman Tim Lee believes the CID board members are engaged in proper behavior, but his opponents disagree.

I’m going to go ahead and predict that T-SPLOST and the CIDs’ support of the “education” program will become the leading issue in the campaign against Tim Lee’s reelection as Cobb County Chairman.