“Farrah” (left) and “Fran” (right) are the third and fourth of five puppies who were found together on a country road in Walton County, and are available today from Walton County Animal Control Services. They run 6-10 pounds each and have received their vaccinations and been dewormed and flea treated. $40 each is to cost to save their lives. Four females and one male. If you cannot adopt, consider contacting Walton Animal Control and making a pledge toward their rescue. Walton County routinely posts monetary pledges made by private individuals toward any rescue adopting a certain dog or cat. Adopting some puppies would be a great part of celebrating the Passover/Easter weekend.

So far it appears that Gov. Deal is working his way through local legislation first primarily, with a few general bills thrown in. Hit the link to see if your local redistricting has been signed yet.

Gov. Deal has also asked the GBI to take over the Sex Offender Registry Review Board, a change authorized by the legislature this session, in order to help clear a backlog of assessments of the threat posed by offenders.

Newt Gingrich is campaigning in Delaware because of the large number of delegates. In Atlanta, The Gingrich Group, aka Center for Health Transformation, filed for Chapter 7 bankruptcy, transforming its own health from critical to dead. Gingrich lawyer Stefan Passantino noted the organization did well with Gingrich at the helm, failing after Gingrich left. Emory University political scientist Merle Black told the Atlanta Business Chronicle, “This ends his campaign. He’ll now be completely on the defensive about this.”

Congressman John Barrow (D- Augusta) has new digs in his district, having moved from Savannah to a new home in Augusta. Despite what some liberal columnist in Athens says, the AP story also correctly notes that GOP candidate Maria Sheffield lives in Dublin, GA.

Two members of the Cobb County Commission question the propriety of donations totalling $570,000 by the Cumberland CID and Town Center CID to the “education” campaign about metro Atlanta’s T-SPLOST.

[Commissioner Bob] Ott, who opposes the $6.1 billion TIA project list and the 1 percent sales tax that would pay for it, questions whether MAVEN is acting as an educator or advocate.

“It’s my belief that if you are interested in educating the public, you should present both sides of the issue,” he said. “If you are going to only present one side or the other, I would say that group is an advocate.”

Cobb Chairman Tim Lee, a Republican who served on the 21-member Atlanta Regional Roundtable, which created the project list, said he believes the contributions the CIDs have made are for educational purposes and completely within the law.

“This discussion comes up every time there’s a SPLOST, and it’s been discussed to death,” he said. “I’m satisfied that they’re following the law.”

“The issues cannot wait, as the CIDs from around metro Atlanta, with leadership from the ARC and Cumberland CID, are fueling a massive effort to bend public opinion in favor of the TIA referendum to be voted on July 31,” he said. “The entire TIA is massively corrupt and it would be intolerable to allow this process to be influenced further by CID money. I believe the CID funding is illegal and that you have the authority and the responsibility to stop it now.”

Lee Westwood leads with a 5-under 67 after the first day. Former UGA golfer Bubba Watson was one of six who shot 69; no word on whether he rolled up in his original “General Lee” from the TV series.

The Red Carpet Tour gives state and local economic development departments an opportunity to highlight Augusta’s most famous event with executives of companies considering expansion in the area.

President Obama believes women should be admitted to Augusta National. In related news, he does not believe there is anything about which he is not entitled to share his opinion.

A Seattle dog ate its owner’s Masters tickets, but the golf club accepted photos of the ticket remnants and reprinted them.

Norfolk Southern and BNSF brought office car specials to Augusta. Masters week has become a tradition for some of the large railroads who bring in executives, VIP shippers and occasional politicians.

Rincon’s police chief was fired for failing to open an investigation into allegations that a police officer was involved in drugs. His reason for not investigating? He had already asked an “out of county agency” to conduct a criminal investigation that also includes possible involvement of law enforcement from other jurisdictions and he didn’t want to jeopardize that investigation.

Warner Robins is the sixth-fastest growing area in the nation for 2010 and 2011, according to censes data. Forsyth County is still among the 50 fastest-growing counties, falling from the top five as its rate of growth has declined.

A Gwinnett County Judge fined JPMorganChaseMegaBank $9000 over code violations involving a house owned by the bank. A February 2011 fire in the house, reportedly a meth lab fire, killed three children.

Herschel Walker says he’ll open a restaurant featuring memorabilia from his football career if a $1 billion casino proposed for Gwinnett County is built. 10-1 against.

Coca-Cola has severed its ties to the American Legislative Exchange Council (ALEC) after an online group criticized their backing of the organization.

Feds are investigating whether the Georgia Department of Education unlawfully discriminates against children with disabilities. State Senator Fran Millar (R-Dunwoody), Chairman of the Senate Education Committee said, “Perhaps they have better things to spend their time on. Do they really think in today’s time we’re trying to take a kid that’s disabled and stick them in the corner? We’re trying to mainstream kids as much as possible.”

The State Board of Workers Compensation is using online tools to investigate whether Georgia employers are complying with state requirements.

Some Columbus residents argue that using prison labor constitutes “an enslaved workforce basically,” while Mayor Teresa Tomlinson is looking at expanding the use of rehabilitated prisoners, which has saved the city government $17 million. 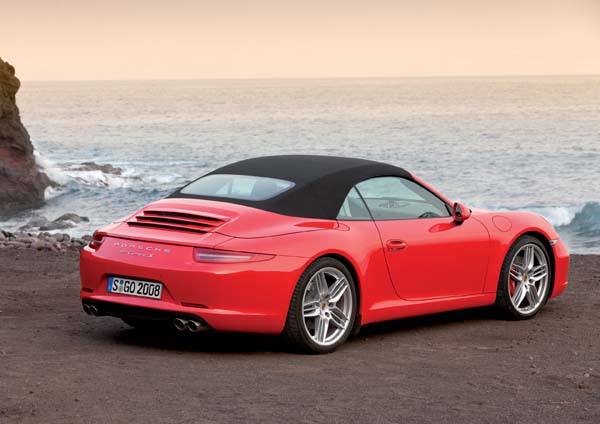