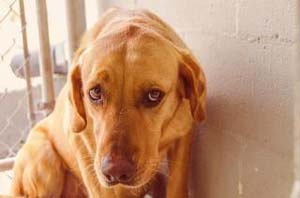 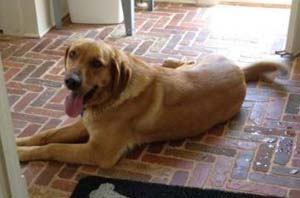 Amadeus illustrates the difference a foster home makes in the life and adoptability of an abandoned dog. He is available for adoption from Angels Rescue, where you may also donate or apply to foster or adopt.

The Senate will convene at 1 PM today. The Senate Rules Calendar is available here.

House Rules Committee will meet at 9 AM and the House will convene at 10 AM. The Rules Calendar will be available here once it it online.

Under the most current resolution, the General Assembly calendar for next week is:

The Center for Public Integrity and Global Integrity released a report on state public corruption laws that ranks Georgia last with an overall grade of 49 out of 100, but this doesn’t mean there’s any actual corruption.

“We’re not measuring actual corruption,” said Caitlin Ginley, the project manager for the report. “This is a look at the opposite: the laws, policies and procedures in place to prevent corruption and how effective they are.”

The report on Georgia was written by Jim Walls of Atlanta Unfiltered, and that has drawn some criticism.

House Ethics Committee Chairman Joe Wilkinson, R-Sandy Springs, said the report blindsided him, and he criticized the choice of author for Georgia’s report card. Jim Walls, a former Atlanta Journal-Constitution editor and owner of the website Atlanta Unfiltered, gathered, wrote and provided an initial score on the information on Georgia for the report.

“To have Georgia’s laws judged by a blogger instead of a regulatory official, as has been done in the past, is of great concern,” he said. “Based on previous discussions with the Center for Public Integrity, we were under the assumption that the 2012 rankings would show Georgia in the top five states.”

A prior CPI study on financial disclosure rules for state legislators ranked Georgia seventh in the nation. Wilkinson has trumpeted the ranking in recent months in rebuttal of calls for tougher ethics laws.

Wilkinson said he plans to ask the CPI to do a new audit on Georgia’s laws with another author.

“All you have to do is read some of these opinions and how they’re answered to see there’s a whole lot of room to inject your opinion in,” he said. “The reports CPI used to do were campaign finance, disclosure and lobbying. This one seems to be more how does the government work in the view of a reporter.”

Of particular concern to Thompson were areas in which the report graded the state on how well laws worked “in practice.” Georgia scored low on many of those questions.

William Perry, executive director for Common Cause Georgia, said he had seen a preliminary scorecard and found it “pretty accurate.”

“I think that some of the scoring is kind of generous,” he said. “I think this is true measurement of the law that the Legislature has been touting for the last two years.”

House Bill 872 or Senate Bill 321 would place restrictions on buyers of recyclable non-ferrous metals, and are drawing opposition from the industry. “I think that it’s way overkill,” metal buyer Kenny Tesler told the Marietta Daily Journal, “I think it’s not going to accomplish what they intend. I think it’s pretty much political grandstanding.”

Senate Bill 350, which addresses the disposition of firearms seized by authorities that are not needed as evidence, is expected to be heard by the House Judiciary Non-Civil Committee today.

Last week, the House Game, Fish & Parks Committee heard testimony on SB 301 by Sen. John Bulloch (R-Ochlocknee), which would remove Georgia’s prohibition on the use of silencers in hunting. Silencer ownership and possession are highly regulated by the Feds. Georgia is home to Advanced Armament Corp., a silencer manufacturer and US military supplier.

Peachtree Corners voters will have an opportunity tonight to meet candidates in runoff elections for the new city’s first city council at Christ the King Lutheran Church’s fellowship hall, at 5575 Peachtree Parkway from 7:30 to 9 PM. The runoff election is April 3, 2012

Forsyth County Sheriff Ted Paxton will hold a fundraiser Friday, March 23, 2102 from 5 to 8 PM at the Reid Family Barn, located at Castleberry and Major Roads. The suggested donation is $100 and you may RSVP to SheriffPaxton [at] earthlink.net or by phone to 404-281-6680.

The South Hall Republican Club will hold an educational forum at the Spout Springs Library on Tuesday March 20th beginning at 6:30 PM.

Coweta County may vote on Sunday Sales in July.

After voters in unincorporated Cobb County voted in March to approve Sunday Sales, Kennesaw Mayor Mark Matthews says that more than 91,000 voters in Cobb cities were prevented from voting. “Those were voters that were purely disenfranchised because they weren’t given the opportunity to vote on a county-wide referendum,” Mathews said. The margin of victory for Sunday Sales approval was about 31,000 votes. County Commission Chair Tim Lee says the county attorney gave bad advice to the Elections Director.

Former State Rep. Roger Hines, who opposes Sunday Sales, filed suit on Friday to set aside the March election that approved Sunday Sales in Cobb County, saying the lawsuit is not about Sunday Sales but about the disenfranchisement of city voters. If a decision is reached in the lawsuit by May 6, a new election may be scheduled for July 31.

A special election will be held July 31, 2012 to fill the unexpired term of Marietta School Board member Logan Weber, who is resigning to take a job out of town.

John Stossell of Fox News will speak at a dinner for the Foundation for Economic Freedom on Thursday, April 12, 2012 at 7 PM at the Atlanta Renaissance Waverly. Tickets are $125 per person or $200 per couple. The Foundation for Economic Education is a free-market organization that promotes the sanctity of private property, individual liberty, the rule of law, the free market, and the moral superiority of individual choice and responsibility over coercion.

Cobb County Board of Eduction member David Morgan’s involvement in a proposed charter school in the county has become an issue, as the board spent 30 minutes discussing Morgan’s involvement with STEM Inventors Academy. One member of the board said that Morgan and his wife, State Rep. Alisha Thomas Morgan, were listed in STEM application documents as members of the school’s board, but Morgan said he and his wife were not on any board with the school. PoliticalVine, based in Cobb County noted in an email last week that Rep. Morgan voted in favor of HR 1162, the Charter School constitutional amendment.

Forsyth County Commissioners amended their ethics code section on conflicts of interest in public transactions. The changes would permit transactions by the county with businesses in which an employee or elected official has a financial interest if five conditions are met. In a 3-2 decision, Commissioners Jim Boff and Brian Tam voted against the changes.

The state is considering spending $900 million in reversible toll lanes along I-75 and I-575 in Cherokee and Cobb Counties, the largest project in state history.

Todd Long will move from Director of Planning for transportation, in which he played a key role in deciding which projects will be funded and in the TSPLOST planning, will move to a new office as Deputy Commissioner of Georgia DOT. Long was the first Transportation Planner, appointed by Gov. Sonny Perdue after the move to bring more authority over GDOT into the Governor’s Office and Long was retained by Gov. Nathan Deal.

On Thursday, about 100 people attended a GDOT open house in Forsyth County and many voiced opposition to adding HOT lanes to 400 north of I-285. 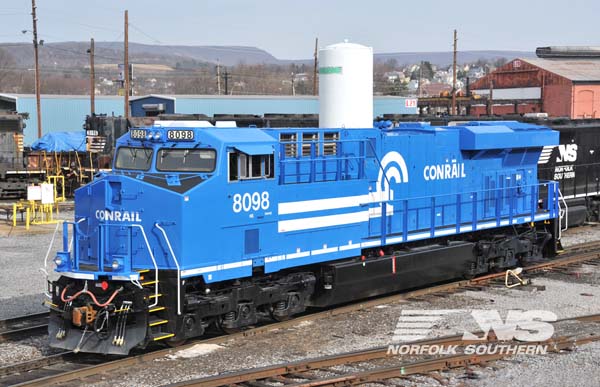 Norfolk Southern has rolled out the first locomotive painted in one of 19 heritage paint schemes celebrating its predecessor railroads, painted as a Conrail unit, and has added a Penn Central scheme to its heritage program. The program eventually will include tributes to the Southern Railway, Savannah & Atlanta Railway, and Central of Georgia Railway.

USDOT has released a report stating that the country will have to spend $101 billion annually, plus inflation, over the next 20 years to maintain the U.S. highway system, on the heels of Senate approval of a two-year $109 billion transportation spending plan.

Deepening the Savannah River channel to improve access to the Port of Savannah will benefit businesses across North Georgia.