Common Cause highlights loophole in lobbyist registration by exploiting it

Common Cause highlights loophole in lobbyist registration by exploiting it 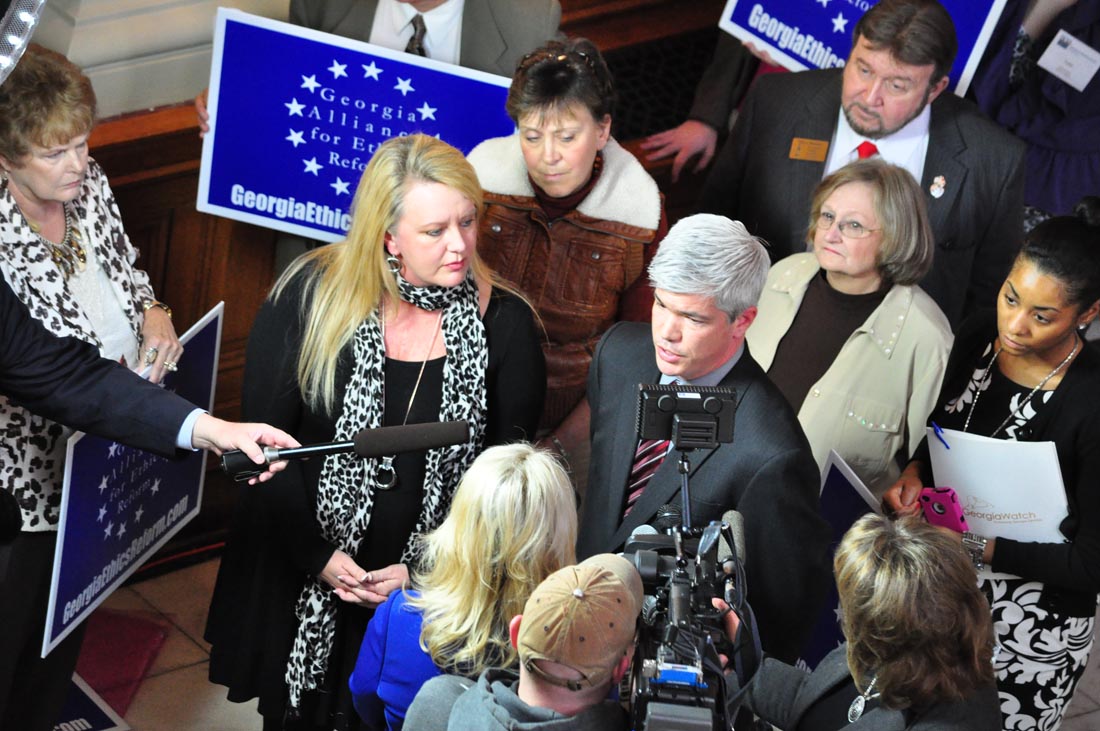 Common Cause of Georgia is a member of the Alliance for Ethics Reform and their Executive Director William Perry spends a good bit of time at the Capitol lobbying for, among other things, greater restrictions on lobbyists. But he is not currently registered as a lobbyist, his registration having expired on December 31, 2011. 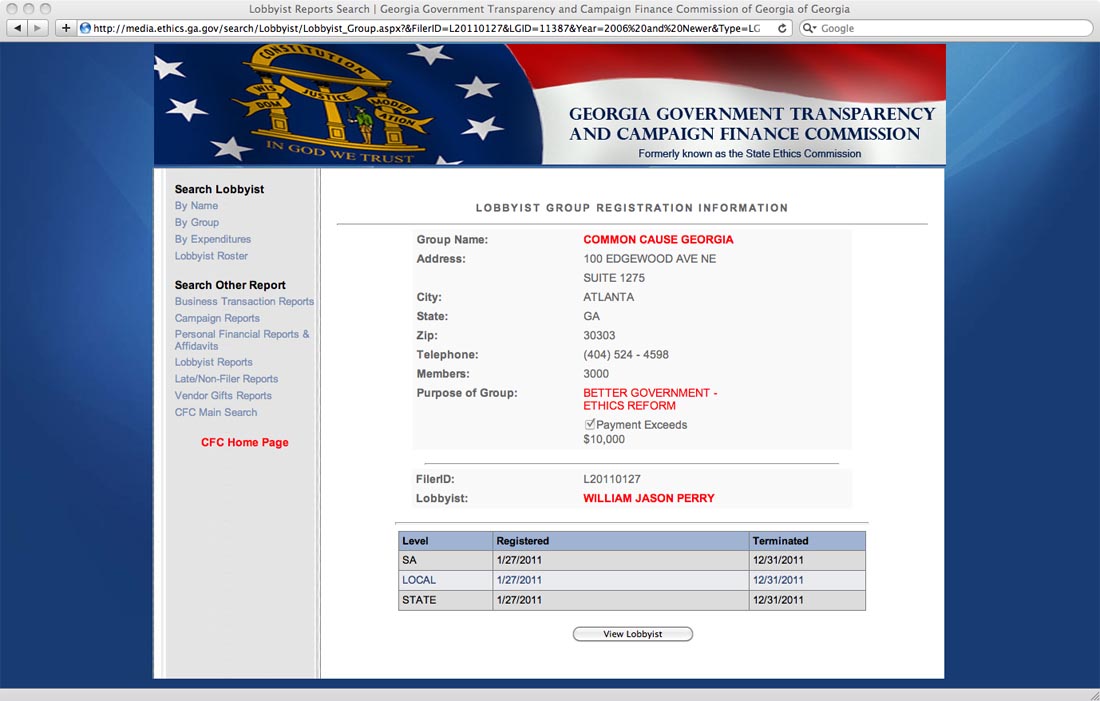 I emailed him to ask about this seeming contradiction, thinking that it might be a glitch in the Campaign Finance Commission website or if there was an exemption that applied. He responded:

No, there is no glitch. I am not currently registered.

As you may know, the current law, which was changed last year, gives a 10% exception. If less than 10% of your working hours for a month are used for lobbying purposes and you do not spend more than $1,000 in a given year on gifts to legislators, you are not considered a lobbyist. If in fact you exceed the 10% for a given month, you have to register and file disclosure reports retroactively.

I decided to experiment with my hours, as Common Cause Georgia has a contract lobbyist, and a large majority of my time is not spent on lobbying activities. I have tracked my time for the month of January and I came close, but did exceed the 10% threshold. Therefore, I will register with the first five days of this month and retroactively file my disclosure reports, which will contain no expenditures.

Interestingly enough, it is my time this month at Atlanta City Hall working on the airport concession and pay-to-play issues that put me over the 10%, not state legislative activities.

Sure enough, §21-5-70(5), which defines “lobbyist” applies only to people who spend more than ten percent of their working hours engaged in lobbying.

Perry is also correct about the situation in which a person who initially does not qualify as a lobbyist under the Act does in fact spend more than 10 percent of their time in a month engaged in lobbying:

If at the end of any month the 10 percent test has been met during that month, the person shall register as a lobbyist within five days after the last day of that month and shall in his or her initial disclosure report include all prior lobbying expenditures in that calendar year. §21-5-71(a)(3).

In a follow-up email, Perry sounds as though he has engaged in this course of action as a means of highlighting this loophole.

I am disappointed I exceeded the 10% because I do think a lot of people would have a problem with me not being registered, and rightly so, I do lobby, and therefore should be required to register.  The 10% rule is a pretty big loophole!

In a similar vein, several people have suggested that the leaders of the Tea Party Patriots should be required to register. If this means that the law should change to bring them under it, that’s an issue for the legislature. But when I asked Debbie Dooley once whether she is paid to lobby on behalf of TPP, she told me she is not. As with Perry’s assertion about his time spent lobbying, I accept this at face value and note that someone who is not paid and doesn’t otherwise bring themselves under the definition of lobbyist is not required to register.